Earn money while playing FIFA – that might sound like last night’s dream at first. Kingsleague actually makes this attractive combination possible. However, it is not a game of gambling, as you only bet on yourself and your skills. Just skill decides.

Challenge other players in the app and prove your skill!

Compete with our community in regular tournaments and events!

Prove your skills, climb up the leaderboards and earn big prizes!

All you need is a Playstation or Xbox, a Kingsleague account, FIFA and…Skills. 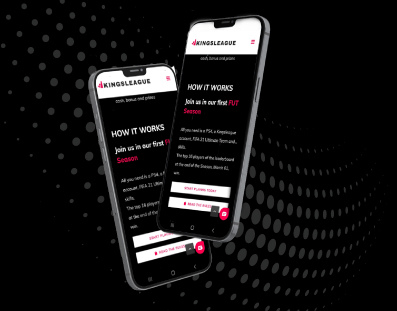 Challenge other players in a 1vs1 match and prove who is the best. 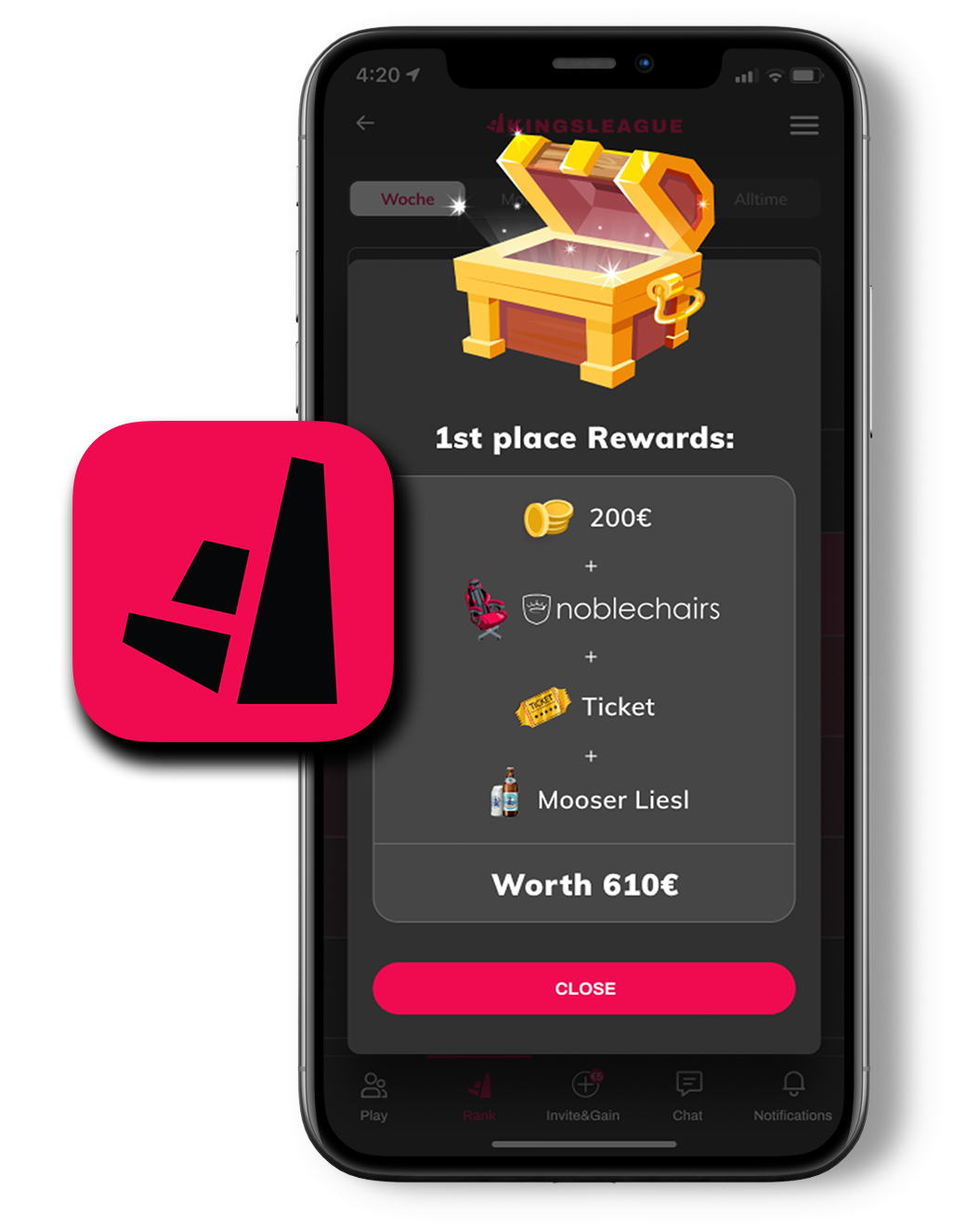 Prizes for every match.

The first game is on us

New to Kingsleague?
No problem. Get 1€ for free when you sign up.

Our streamers have increased their viewership by over 800% with Kingsleague

Earn money with FIFA on Kingsleague

Football or Soccer is probably the most popular sport in the world, and FIFA is without a doubt one of the most popular video games in the world. The latest version is FIFA 22, and it’s in this version that you can compete against other gamers on Kingsleague. The same goes for the popular variation FIFA Ultimate Team (or FUT 22). So far, so good, but it gets even better: Now you can also earn money while playing videogames – without the negative downside of gambling. You bet on yourself and win when you beat your opponent on the virtual field. Either in 1vs1 matches or in big tournaments where a huge prize pool is waiting for you.

How does making money with FIFA work?

First, you don’t need anything more than a Playstation or an Xbox, as well as FIFA 22 and/or FUT 22. Second, you need skills on the virtual fields of the popular game. Then all you need is an account on Kingsleague, which you can create in a few moments. The registration is free, and you even get your first Euro for free, so you can play your first match right away. Then it’s just a matter of challenging other players, playing FIFA 22 and winning money at the same time.

More than just a challenge

Many gamers love challenges. They get plenty of them at Kingsleague virtual soccer games. Besides the 1vs1 matches, there are also other formats and tournaments.

Become part of a great community

Football has a lot of fans all over the world, and FIFA 22 is no exception. The Kingsleague brings together many of the gamers who all love the same game. More than 20,000 gamers are already involved – and more are joining every day. Playing football together on the virtual green is by far not everything, because the competitive character and also friendships play a huge role. You can play against your friends or challenge them in big cups.

You can also expand your existing community or even create a whole new one. The reach of very many players and streamers has expanded enormously thanks to Kingsleague, and streamers often increase their viewership by over 800 percent.

So there is no more time to lose: On Kingsleague you can play FIFA 22, earn money, and also have fun with your friends and the community. That sounds like win, win, win.

Kingsleague offers a unique opportunity for fans of FIFA 22 and FUT 22. While playing you can also earn money and become part of a large and great community. With every success you climb up the leaderboard.

Join and secure your free 1€!