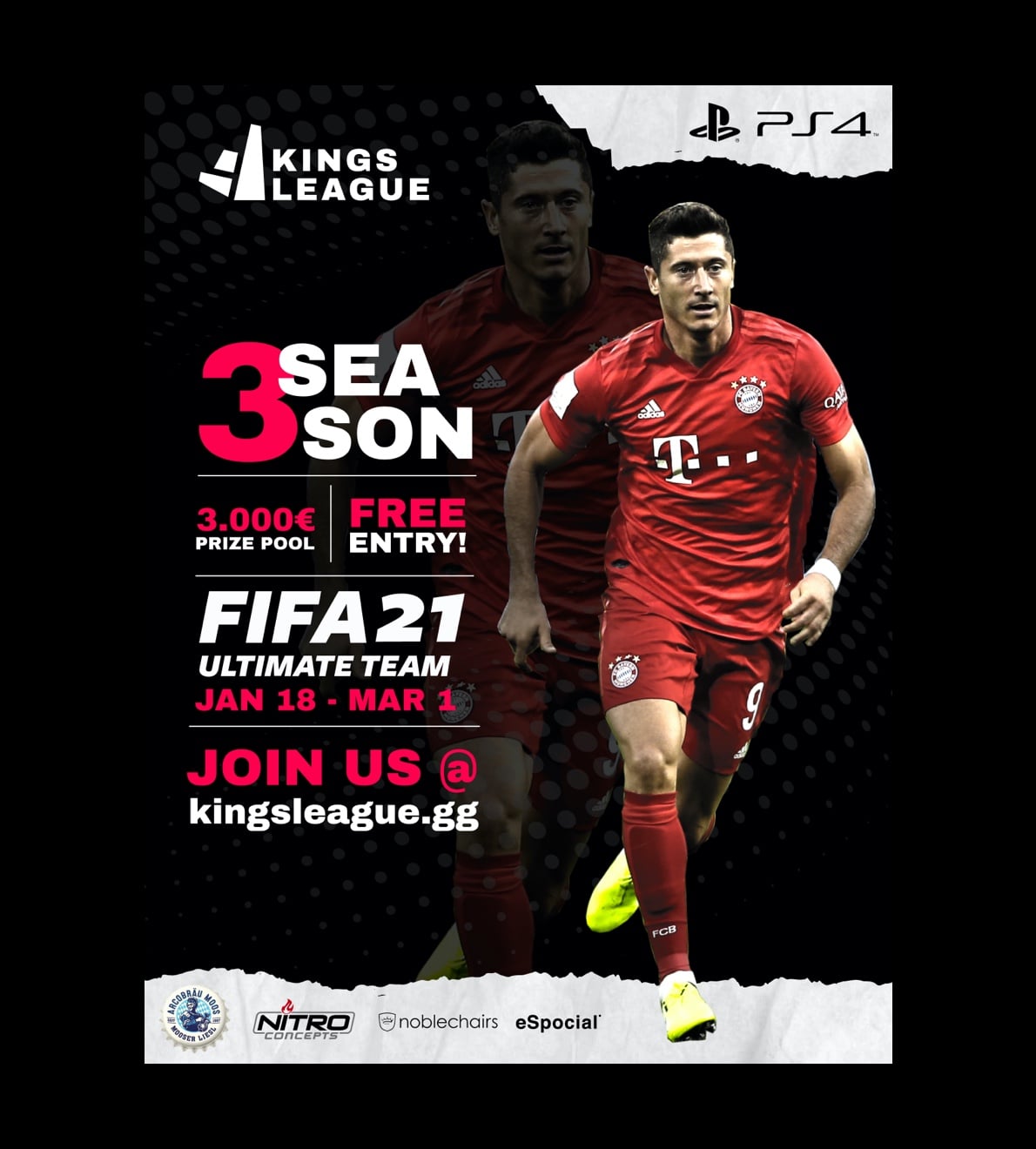 How The Cup Works

Participants start in the upper bracket. Those who lose one match continue to lower bracket, where they get another chance. A participant ceases to be eligible to win the Cup upon having lost two games (if he loses in lower bracket).

Every player will begin in the top bracket, competing against their opponent. Winner continues on the “upper” bracket, loser goes on to the lower bracket where he will continue in the tournament until defeated. Matches in the upper bracket will be played as follows:
Round 1: 3€
Quarterfinals: 5€
Semifinals: 5€
Winners final: 10€
Final: 15€

Sit back and enjoy the Kingsleague matches.