This successful streamer on the Twitch has successfully proven himself in many FIFA championships, has built up a large community on Twitch and YouTube and regularly inspires many viewers with his amusing manner. We introduce you to the streamer Endzeitprophet!

The end times have begun, with this sentence he likes to describe the beginning of his success story. Endzeitprophet has been on Twitch for almost five years now and regularly inspires his viewers with his skills in FIFA and PES. He is particularly proud of the fact that he has managed to gather a large and active community around him, without which he would not have made it to Twitch partner. Twitch partners are particularly successful streamers who have a large community with particularly active viewers. Many try their hand at streaming, some of them manage to become affiliates and only a few make the leap to becoming partners. Besides his successful FIFA games, Endzeitprophet also has another hobby that you can admire in his YouTube videos. These are his adventures in survival and horror shooters.

Why do you actually watch Twitch?

Especially if you’ve never been on Twitch before or only once by accident, you might be wondering why you should actually watch someone play when you could just play yourself instead. But maybe you like to watch a soccer game every now and then, so it’s similar there. Sometimes it’s just fun to sit down with others, even if only virtually, tell a few jokes while following an exciting match. This way you can enjoy the game from a different perspective and get to know it in a whole new way. If you’ve never tried it, you should definitely give Twitch a chance.

How do streamers earn their money?

If you’re successful on Twitch, you get money for subscriptions, when ads are played, and of course, when viewers give you a small donation. But do streamers have other ways to earn some extra cash? Maybe something you can also use to buy the latest gear, new graphics card or monitor? Many, including Endzeitprophet, use Kingsleague! If you want to make money gaming too, then you should definitely check out Kingsleague!

How do you make money playing on Kingsleague?

To join Kingsleague, you don’t have to be a pro or a Twitch streamer yourself. It’s enough if you have fun playing! At Kingsleague you can easily challenge other players and compete against them. You bet for money on your victory in your favorite game, whether FIFA, CoD or Fortnite. Once you’ve won, you can move on and challenge the next one. However, you don’t have to worry that you’ll only meet pro gamers. The Kingsleague community is divided into three classes, Gold, Silver, and Bronze. This way you can find opponents that match your skill level exactly. This keeps it fair and also exciting.

Kingsleague’s active and large community offers you the opportunity to exchange ideas with other fans about your favorite game. In Addition, you can also find many different Twitch streamers on Kingsleague, where you can also watch them play

Start today! Kingsleague will give you the first Euro for your first game, so you can start playing and winning right away! Sign up now.

Be the first to know about new events!

Check out some of our team 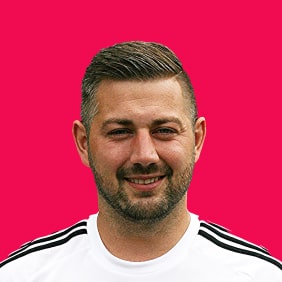 Passionate FIFA streams are waiting for you. Weekly FIFA tournaments. 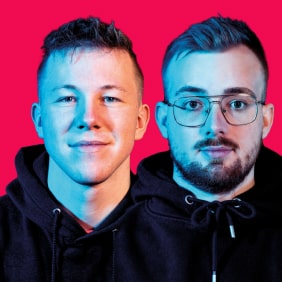 Meet Finn (with glasses) and Basti (without glasses): FIFA Regional Rank 24 on PS4. 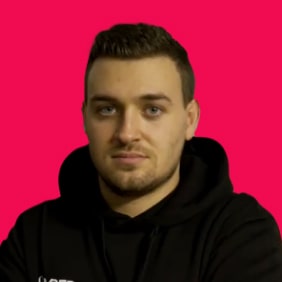 SIGN UP FOR FREE!
Page load link
Go to Top