After an exciting month of competition, the top 32 players have finally been decided: top 16 from FIFA 21 and top 16 from FUT 21, will compete for our 2.500€ prizepool, sponsored by Mooser Liesl and Noble Chairs. Want to know the finalists and rules? Keep on reading!

These 32 players will advance into the next round, the group stage: eight (8) groups consisting of four (4) people each, where they will all compete one match against each opponent in their respective group.

All players that advance to the Group Stage, will all receive 5€, allowing them to play 1vs1 against each opponent of the group, and have 2€ remaining for future challenges.

Players will receive a list of their opponents and will play each match as a 1 € challenge in FIFA21 Friendly Match in 90’s mode – as mentioned in previous rules, FUT21 will not be available for this stage, in order to maintain equal conditions within all the competitors.

All players will have a one (1) hour window to play against each opponent.

All match results should have evidence (screenshot) of the final results (score of the game). All players must keep this information, in case any disputes arise.

Every player will play three (3) matches. The top two (2) players (those with most wins) of each group will then advance into the final knockout stage.

Please note: Group Stages are not streamed! The knockout stage and finals will all be streamed on Tuesday, December 1st!

Kingsleague’s Season 2 allowed both players from FIFA 21 and FUT 21 to compete. As mentioned in prior rules, the group stages will only be played with FIFA 21 in order to maintain equal conditions for all players.

*NOTE*: The following list is not a reflection of the order of qualification, it is just an overview of the qualifiers.

FIFA21 Players making it to the group stage 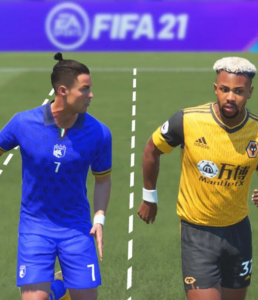 FUT Players making it to the group stage

These are the official groups 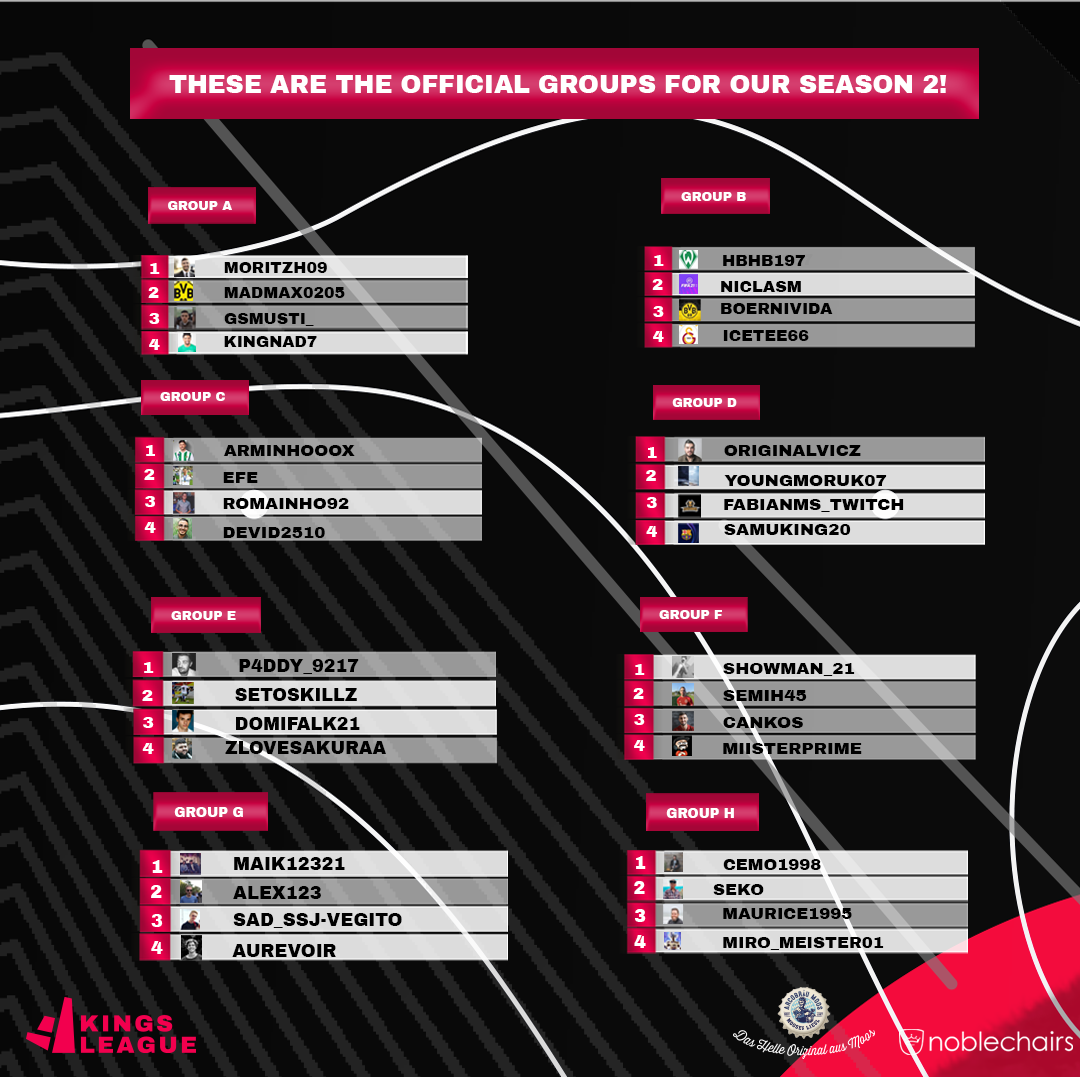 Users will have one hour to play each game, organizing the time that works west with their opponent. Games are played in the following order

After the best two qualify on each group, we will announce the brackets and finals on Monday, November the 30th.

About the Author: Theo