Skip to content
Sie sind hier:Home-News-Everything You Need to Know About the Upcoming FIFA 21 Rulebreakers

Everything You Need to Know About the Upcoming FIFA 21 Rulebreakers 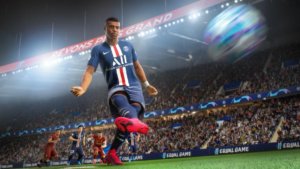 It is that time of the year when FIFA fans celebrate Halloween’s spirit with the promotional event. FIFA 21 Ultimate Team will be introducing the first-ever event going by the name Rulebreakers and replacing it with the previous year’s Ultimate Scream event simultaneously. Though, the event will not be much different from the Ultimate Scream and emphasize boosting the select cards in FIFA 21 Ultimate Team. It will be this year’s first significant highlight and fans should keep a close eye on the Rulebreakers, as new overhauled cards will be making their introduction into the FUT landscape. Here is everything so far you will likely witness in this year’s Rulebreakers event. 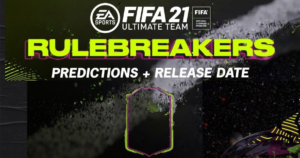 As for the release date, the Rulebreakers event will be commencing on October 23 at 6 pm BST. Unless it gets extended, it will last a total of two weeks.

Rulebreakers will focus more on bringing back a few of the community’s favorite out of the meta cards. The cards will be coming with improved core statistics that usually does not happen with scheduled performance-based updates. It is a major event that every fan should look forward to, considering there is a horde of exciting content coming throughout the entirety of its duration.

Rulebreakers will feature a wide range of player SBCs throughout the event. If you take a look at last year’s SBC content, it was overflowing with the likes of Özil, Jesus Navas, and broadly sought after Pique item unveiling. It is more like a long-term investment as these cards come in handy and can stick around in your team courtesy of the regular meta updates.

It is the most anticipated and highlight feature in the Rulebreakers promotion. During the promotion, two teams will be coming out with 11 featured players each in the form of packs, which will last for one week each. It will include some fabulous players with massive, overpowered upgrades. The upgrades will enhance specific statistics, with players receiving huge boosts for Pace and Physical and reasonable technical stat boosts, which will improve passing, defending, shooting, and dribbling. When you compare it to the boosts that some players from Ultimate Scream teams received, such as the +29 Pace boost for Ibrahimovic, you will get the gist about how much impact it will have on some of the players this time around.

The Halloween themed SBCs is among the core aspects of the Rulebreakers promotion. It comes with a wide range of exciting rewards, including packs and exclusive Halloween cosmetics, containing badges, kits, and exclusive customization items for stadiums this time around. These SBCs mainly illustrate the badges of particular clubs with Halloween connotations, such as Manchester United for the devil, Wolves, and many more. Overall, it makes for an interesting yet investments for profitable occasions in the future.

About the Author: Theo